What is 78th Street Studios?

78th Street Studios is the largest art and design complex in Northeast Ohio, featuring 170,000 square feet of art galleries, artist studios, performance spaces, and music recording studios. Primarily known as an attraction for fine art, 78th Street Studios has quickly become an incubator for businesses in the fields of product design, publishing, music and special events. All viewing hours listed below are free and open to the public.

Every Third Friday of the month from 5 - 9 pm, over 50 venues inside 78th Street Studios open up at the same time to present compelling visual exhibits, ambient music, delicious cuisine, and pop up vendors. Named Cleveland's Best Arts Event by Scene Magazine and Best of Yelp Cleveland, THIRD FRIDAYS is a multisensory art experience like nothing else in this region. With four different floors of eclectic architecture and visual displays, 78th Street Studios is a retail adventure that allows the public to interact with Cleveland's living artists and producers to discover authentic art, furniture, music and cuisine made in this region.

THIRD FRIDAYS launched in the early 2000's as a quarterly event among a handful of pioneering gallerists and art lovers, pulling in a few hundred people. By the end of 2013, this cultural collaboration grew to include over 80 gallerists, artists, and designers working together to attract 1500 visitors to the building each month. Today, THIRD FRIDAYS has expanded into a district-wide event to include promotions and dining specials in the restaurants, bars and boutiques of Gordon Square. When this property isn’t playing host to its own event, multiple spaces throughout the building are being rented to corporations, organizations, and individuals for their own private functions, making the industrial ambiance of 78th Street Studios a year-round attraction.

Every Friday from 11 am - 4 pm, visitors are invited to explore the open galleries. The format of the weekly OPEN HOUSE is relaxed and intimate. Typically 4 - 8 galleries are open during this time, but visitors can discover various aspects of the property without the larger crowds of the popular monthly art walk known as THIRD FRIDAYS.

Like many mammoth warehouses found in Cleveland, 78th Street Studios has a rich history dating back to 1905 when the structure was built. Originally home to the Baker Electric Motor Vehicle Company, the property bustled with the specialized production of automobiles for the commercial market. Within the bones of the building, visitors can often find original hardwood floors, metal track doors, and old freight elevators where the vehicles were taken down to the loading docks for distribution until 1914. Years later through the 1980's, the building was home to American Greetings’ Creative Studios, before they consolidated into a corporate headquarters building in Brooklyn, OH. 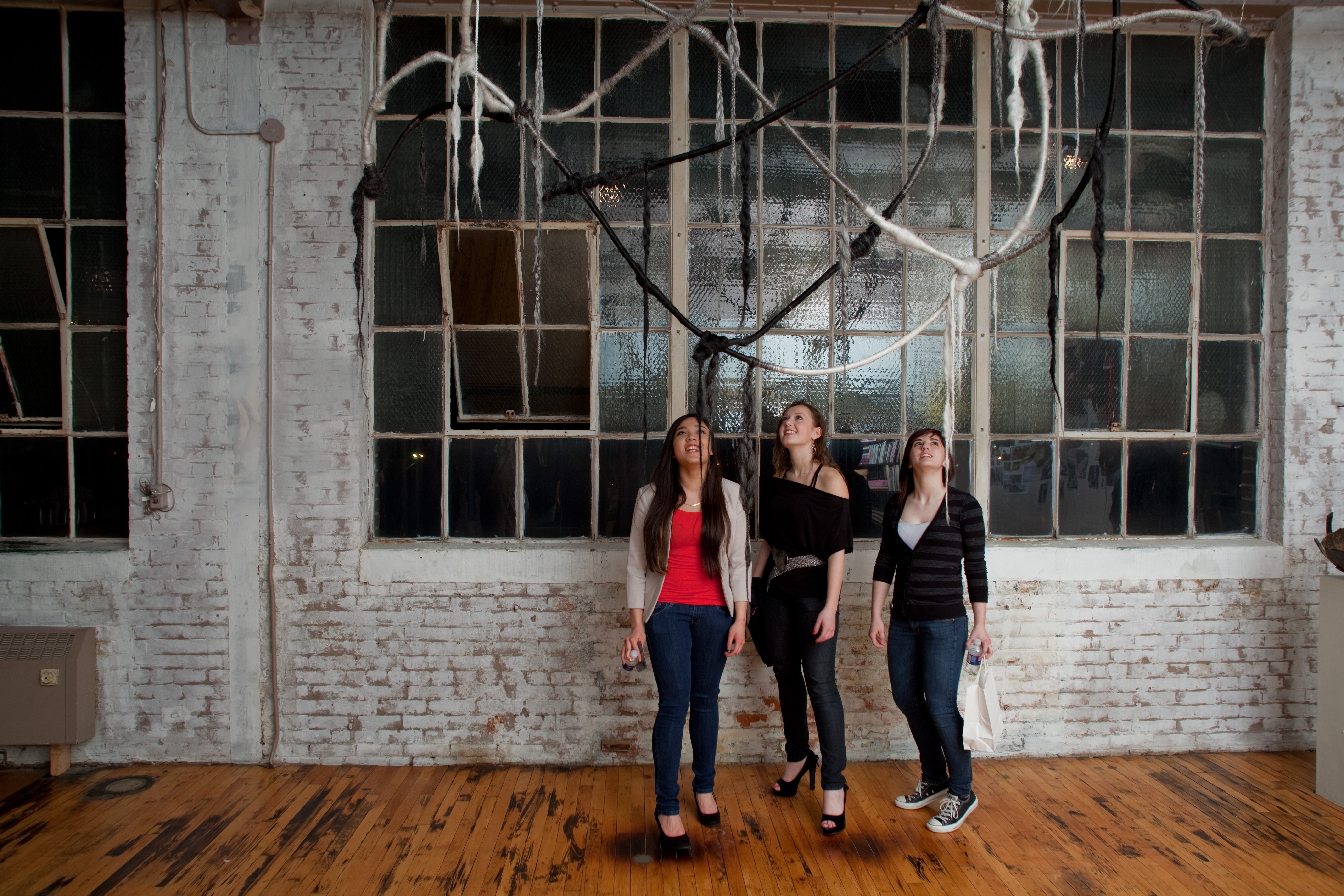